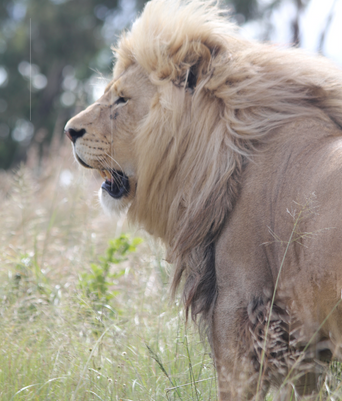 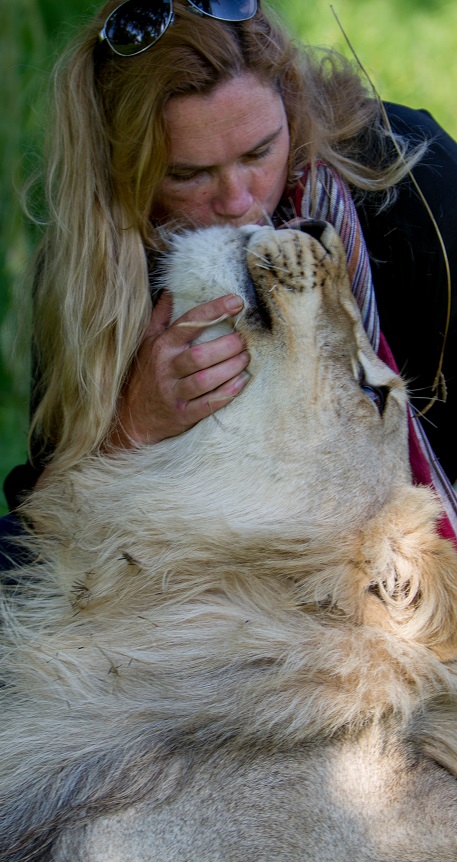 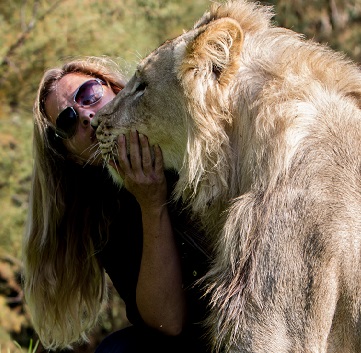 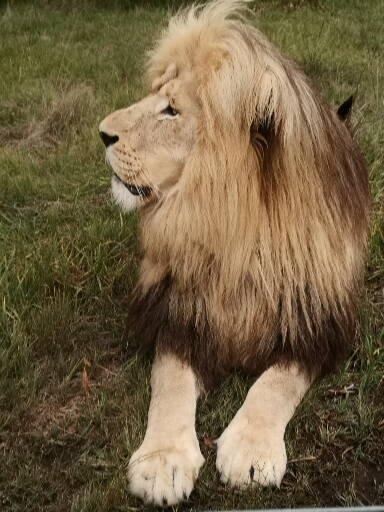 Taai was one of 6 cubs born to Angel Of Fire (mother) & Stripey (father) on the lion farm Glen Garriff in October 2013.

2 breeding couples had been allowed to live with each other during that year of 2013.

In 2012 , 4 months after I arrived at GG, I had seperated all breeding pairs to stop the indiscriminate breeding of lions.

However, even though I stopped the breeding for 18 months, I still intrinsically believed Pat Shannon's mission to keep 9 genetically pure lineages going, was a necessary endevour.

Pat encouraged me to put a few breeding pairs back together and his daughter Tracy told me that with all due respect, it was Pat's vision and that I could not come along and undermine it. I thought it through and decided on a long term approach and I moved Angel of Fire in with Stripey and Zabrina in with Ice as part of a new controlled breeding plan that would see only two lionesses breeding every second year. It would be two different lionesses every 2 years, and because of the numbers of lions Pat had at GG, it was unlikely that any would breed more than once in their lifetime.

But then I went out to investigate Pat's claim that GG was providing a vital service to conservation in Africa by breeding 'genetically pure' lions. I did research and I interviewed scientists and conservationists. There was no truth to this claim. There was not a single reason on planet Earth to bring one more lion in to existance, who then had to live its life behind a fence.

So Angel of Fire and Zabrina were the only two lionesses to give birth between 2012 and April 2015 when I left GG.

Both mothers looked after their cubs well. Angel of Fire however, had 6 cubs and only nursed 4. It was not always the same 4, in fact during the first few days it seemed that all 6 were getting an equal chance to suckle.

Lionesses only have 4 nipples and comfortably feed 4 cubs.

As the days passed we saw that 2 cubs were not even getting the hind tit, they were becoming week as their siblings became stronger resulting in them losing the battle for the teet more and more.

On day 6 the weekest of the cubs succumbed and we removed her body from the enclosure when we could do so without disturbing the others.

On Day 10, the 5th cub did not manage to reach the teet at all. We watched from dawn till dusk and he only got near to Angel Of Fire once, at which time she swatted him away, as if she knew now that the strongest four were decided on.

Thulani and I discussed it for many hours before we went in and picked up the lonesome number 5 cub that we had watched slowly scruffle and cry through the veld in the wrong direction for an ardious 20m. It was sunset when we picked Taai up. I held him in my arms and Thulani drove us down to my house.

I gave the little guy Ringers Lactate subcutaeniously while Thulani went to the vet to collect Glucose, Kyroligo and antibiotics for the small, dehydrated, limp cub.

Taai never left my side. He stuck to me like his name. We bonded in a way that I have never bonded with another a living being. He was the most gentle lion ever. So affectionate. He had found a place to snuggle and be mothered. For 2 years we lived as if there was never to be a parting. But there was, in April 2015 my moral compass pointed me away from Pat's insistance that his breeding for genetic purity be resumed.

It took 2 years to get Taai out of there. The LLA team , accompanied by an inspector from DESTEA, Dr Peter Caldwell, legal representitives and security personnel went in on 7th March 2017 to fetch all lions legally belonging to LLA. Taai arrived here extremely overweight from lack of excercise as the cage he'd been in for two years was build for cubs. He was also skittish, scared and desperately afraid of people.

Life at LLA is quite different from the one he came from. Here we do not use cattle prodder/tazers to shock train the lions. Here the lions live largely private lives in camps full of long, wild grass and trees. They only come to the fence if they choose to, otherwise they are pretty much alone. That is why it is very important to us at LLA that the lions have other lions to live with. At first we put Taai with Mela. But he was such a bully to her. He had never lived with another lion. Also, I think he was angry and tetchy from feelings of disappointment and betrayal. He took it out on Mela and after a few months, we had to, for her wellbeing, move her out of his enclosure.

He lived alone, but didn't appear to mind terribly much. Beau lived next door. Beau really wanted to make friends with Taai. He paced the fence line, rolled on his back and called out to Taai, licking his lips and blinking in friendly greeting. But Taai ignored him.

We then built a gate in between their enclosures and we would move Taai into Emma's camp (Emma into Management) for a few days and let Beau go into Camp 2 (Taai's camp) to sniff around, roll, spray, eat , drink, sleep, nibble leaves and scratch the ground in marking. After a few days we switched them back and Taai had his turn to learn about Beau. In order for them both to be comfortable in Camp 2, and see it as their own home territory whilst accepting the other lion's smell as being part of the area, we alternated the two lions in camp 2 evey few days. We did taht for 14 months.

During this tim ewe saw how they became friends. Taai answered Beau's calls and even cam eto the fence to rub heads with him when he called. We eventually opened the gates between all 3 enclosures (while Emma was safely in management) so that they had all 3 spaces to go to should they feel the need to get away. But they ran to each other and rubbed and rubbed and rolled and simply loved each other.  Happy lions.

Beau has taught Taai to love again and he has also taught him to jump to catch his food.