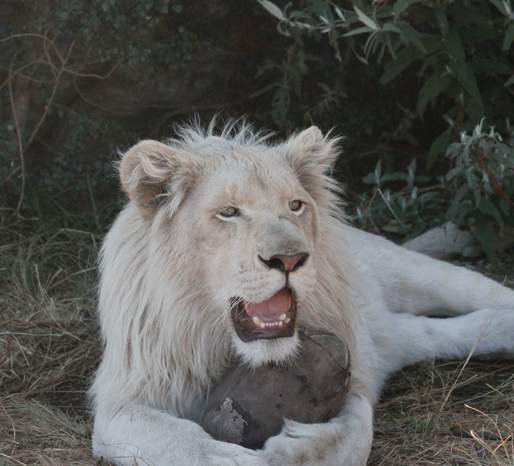 Andi was phoned on the 8th of July and asked if she would take a cub from a lady who had acquired him as a pet but could not handle him any longer as he bit and scratched her. She dropped him off at a farm near Warden where Andi went to collect him on 12th July.

He was already eating meat and had lost the sucking reflex.

He was so dirty from being in a small space with his own poo and blood from the meat etc, that when she first saw him in the box, Andi did not realise that he was actually a white lion, she thought he was tawny with no spots. His claws were so caked with grime that he could not retract them properly.

On arrival in his enclosure, Andi saw that his eyes were drifting and he had no balance, the top of his head was severely swollen and the right side of his face all misshapen. He had a dent in his forehead and was ‘crying’ blood from his tear ducts. Andi thought that he must have been hit and that he was brain damaged. Her feeling was that he would simply be our brain damaged lion and we’d care for him accordingly.

Carl had several antibiotic treatments and he is now a healthy and happy lion. He is not mentally compromised, in fact he is highly clever.  Carl has turned out to be the cleverest of any lion Andi has known so far. He keeps himself entertained by inventing games by strategically placing balls and other toys ontop of rocks, hanging them in trees or plunging them under water.

Carl is truly a special lion.

He loves water and spends a lot of time playing in his swimming pool.

Carl now lives with Mela. He was alone for quite a long time as he is that much younger than Mela that they could not live togther until he grew large enough to match her in size. He is a cheeky lion and Mela has sometimes to growl at him, but they do love each other and they live an affectionate, playful life together. 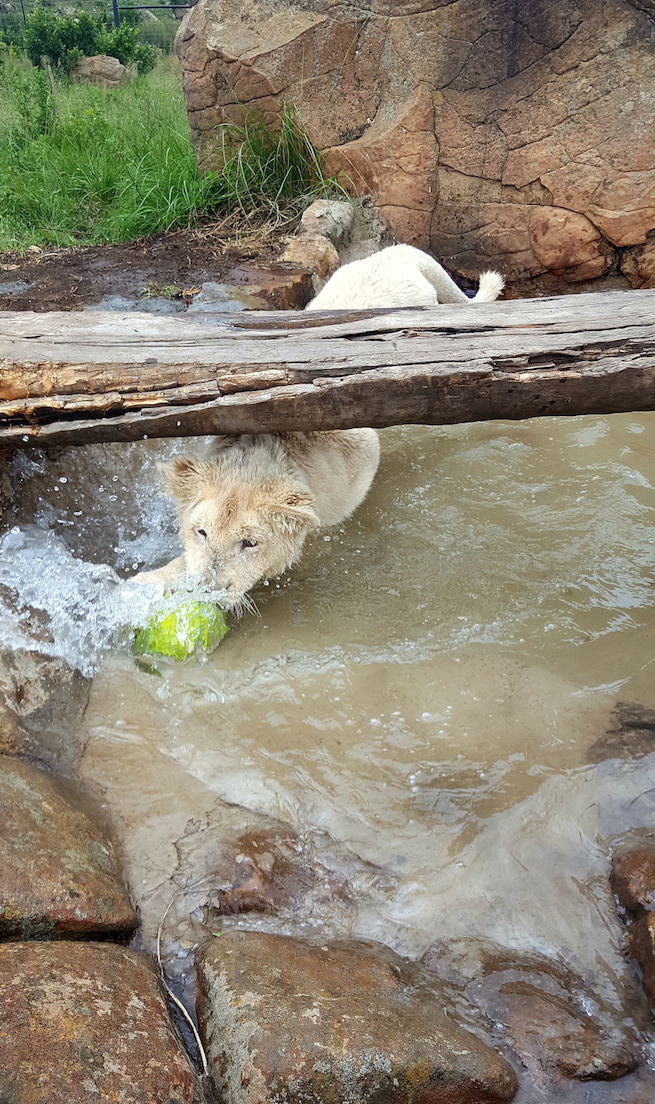 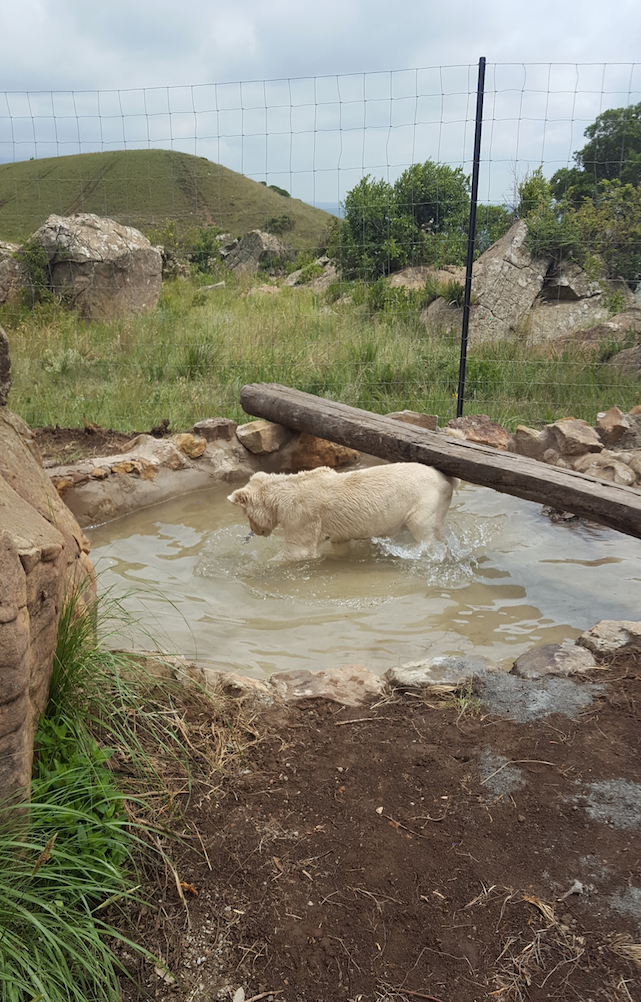 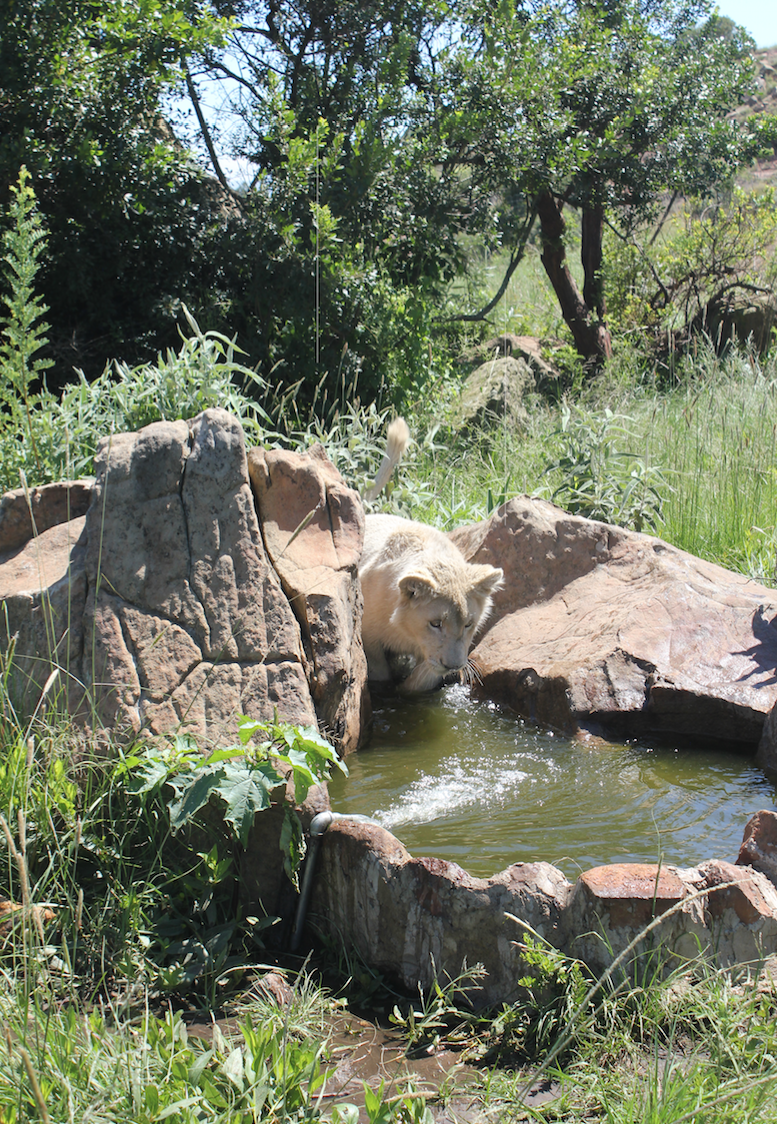