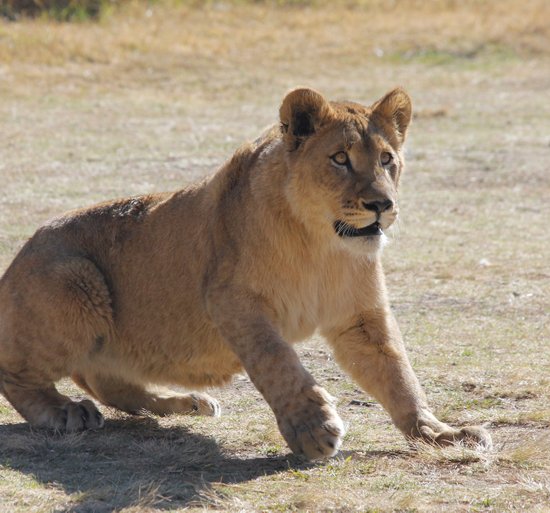 Mulan is the warrior princess.

We think that Mulan was born around about the end of August.

LLA was phoned on Sunday 11th September 2016. A Harrismith resident had gone on a Sunday outing to a lion farm in the vaccinity. There she had lunch and played with cubs. She did not have enough sense to realise that this is wrong. Any place that has cubs for guests to play with, is taking advantage of those guests as well as causing the cubs to suffer from forced maternal abandonment. The cubs will never receive the nuturing love and bonding they should have had with their mothers. They also do not get the correct nutritional requirements when taken away from their mother's milk. On top of this, the cubs are only small enough for tourists/guests, for a short few months, after which they are left to live their lives in unnatural conditions, without their mothers whilst new cubs are bred to take their place with the tourists.

The lady visiting this particular breeding farm, did have enough sense to ask if she could try and get help for a small discarded cub she say lying in a box on a table. She had been taken to bottlefeed the 4 day old cubs when she noticed a single, floppy, possibly dead cub in a box. The cub was Odin. The lady managed to persuade the breeders to allow her to contact LLA to see if we could do anything to save the 'runt in the box'.

4 day old Odin had been thrown out by the breeders who had discarded him due to illness and size. But at the last minute, 2 week old Mulan was tossed in to the box with Odin, as she looked as if she was not viable and most likely would die.

On arrival, Odin looked so much worse than Mulan, that we did not immediately realise how severe her condition was. Although constipated, Mulan looked good, but she hadn’t pooed in 4 days and as a result had stopped taking her bottle. As a 14 day old cub, it is a big deal not to poo or drink for 4 days. It took another 2 days to get her to poo, she then automatically took her bottle again.

She and Odin live together and have been hand reared. We had to medicate, feed and care for these cubs to keep them alive. The need to be hands on with these two cubs made them very much part our immediate family. However, no tourists or volunteers have been allowed to interact with them. Once they were big enough, we stopped walking with them and they live together as two very happy young lions.

Mulan was spayed as soon as she was old enough so that this partnership could continue without fear of pregnancy. LLA is completely against the breeding of cubs in captivity.

It is our next big plan, to build Odin and Mulan a huge enclosure as they still live in their first enclosure which we feel does not meet our desired requirements for our lions. They are happy, but need more room to climb, roam and run. 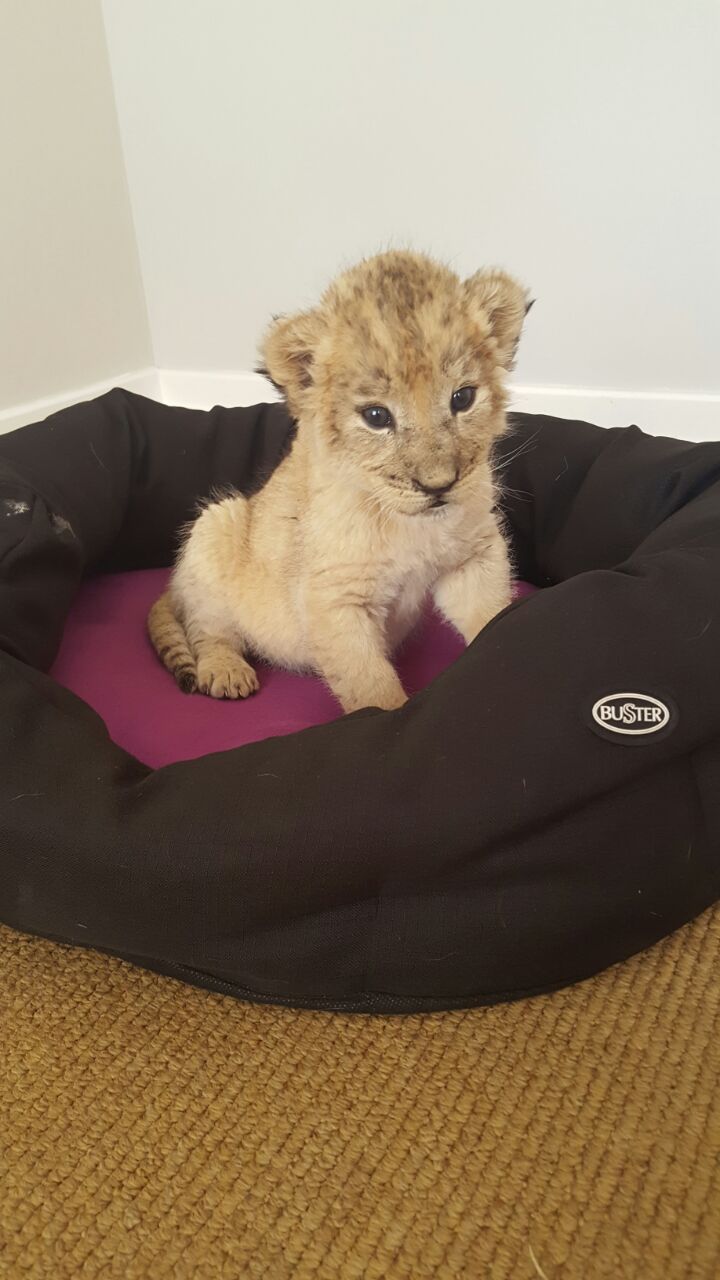 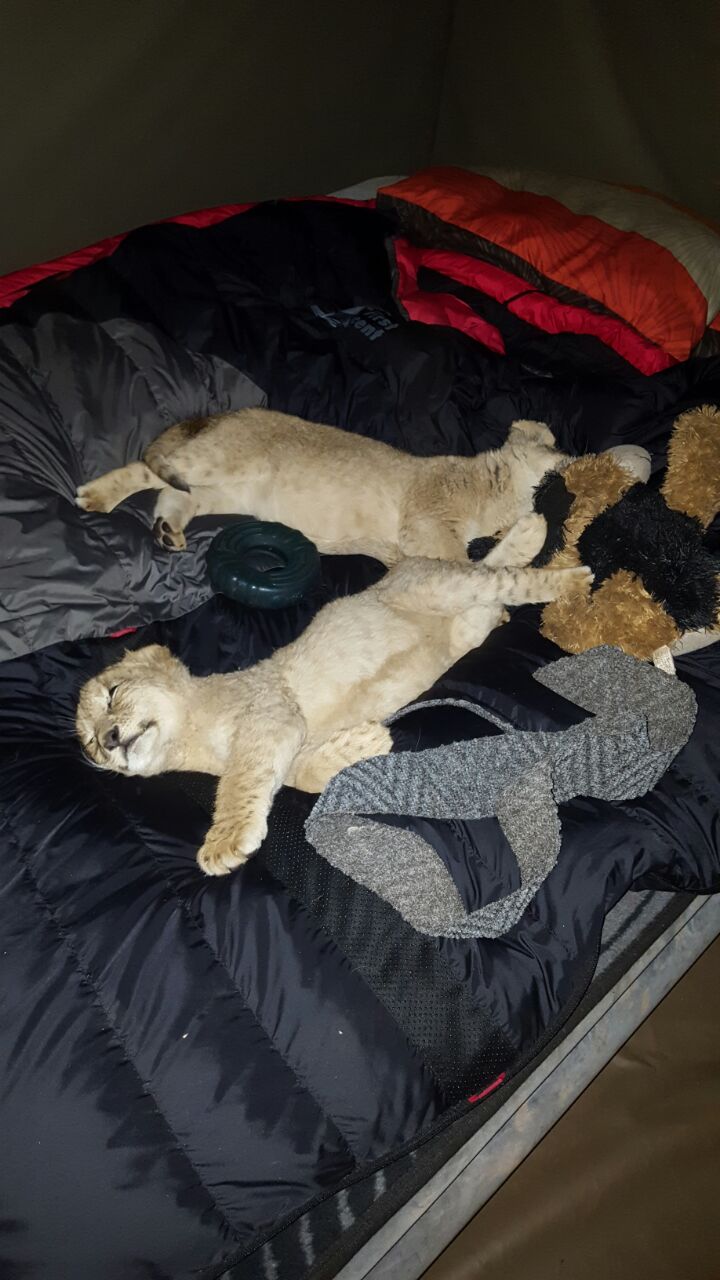 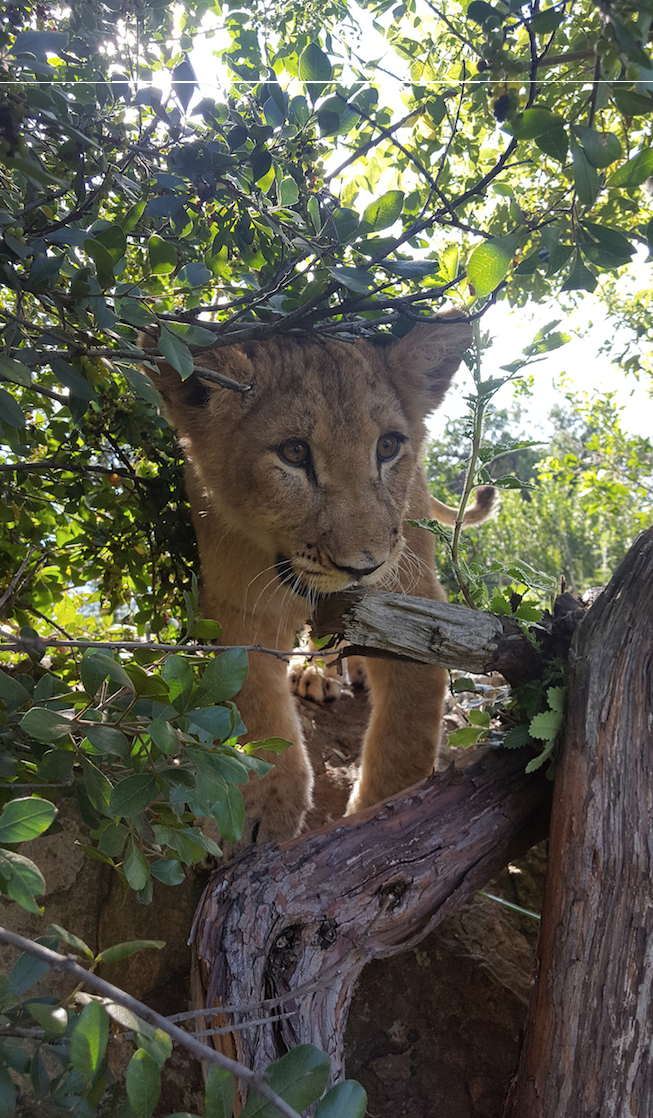